Jabiru aircraft use a stator to produce an alternating electric current. The stator is fixed to the engine casing and a magnet fixed to the flywheel rotates over it. As the magnetic field cuts across the winding, a current is produced. The stator on the Jabiru aircraft output rises as RPM increases reaching a maximum of 44VAC with a maximum current of 10AMP at 3100 RPM.

SCR regulators powered from AC power circuits use silicon controlled rectifiers (SCRs). Whenever the output voltage is below the desired value, the SCR is triggered, allowing electricity to flow into the load until the AC mains voltage passes through zero (ending the half cycle). SCR regulators have the advantages of being both very efficient and very simple, but because they can not terminate an on-going half cycle of conduction, they are not capable of very accurate voltage regulation in response to rapidly-changing loads.

Due to it’s location within the firewall and inadequate cooling, the regulator is prone to overheating and failure.

There are further concerns relating to the total power produced by the stator as many aircraft have much higher demands on power due to many electronic devices, such as Electronic Flight Information Systems (EFIS) and Engine Management Systems (EMS) and Global Positioning System GPS systems that are now fitted as standard.

The modification is a standard kit that is available from CAMit (builders of Jabiru aircraft engines and accessories).

The kit contains all of the parts, accessories and fasteners that are required to complete the modification as is accompanied with detailed fitting instructions.

The kit has a voltage and power rating that is much higher and can produce a steady current at lower Revolutions per Minute (RPM). Power output is rated at 10 AMP at 750 RPM (idling speed) and gradually increases to a maximum of 40A at 75% of operating RPM. 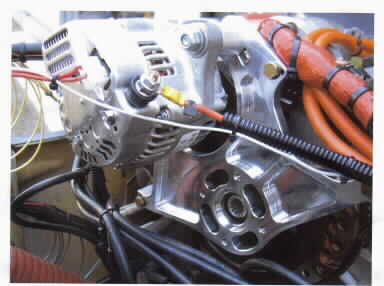 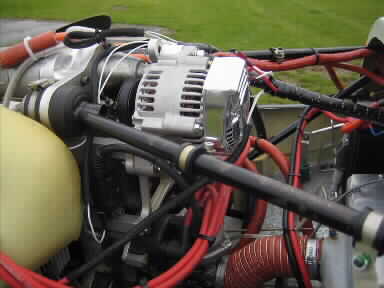 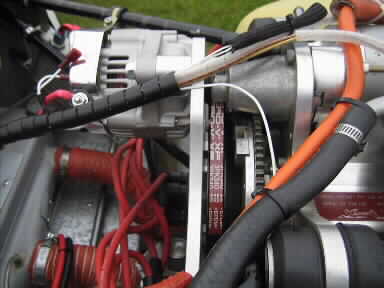